Most people take for granted that someone else will “take care of it.” If you see a piece of trash do you pick it up? Most likely. But if you see a parking lot full of trash what do you do? Hopefully you move what you can into a trash receptacle but the percentages that you will spend the time begin to diminish.

When it comes to wildlife issues, odds are even less. The average person may not have the resources or ability. Enter, the wildlife biologist, a sagacious ecologist and an intern who dreams of a career in the field of wildlife conservation. (Oh yes, mix in the concerned photographer, who wishes she had majored in biology instead of psychology a long time ago.) Now you have a dedicated team ready for action. 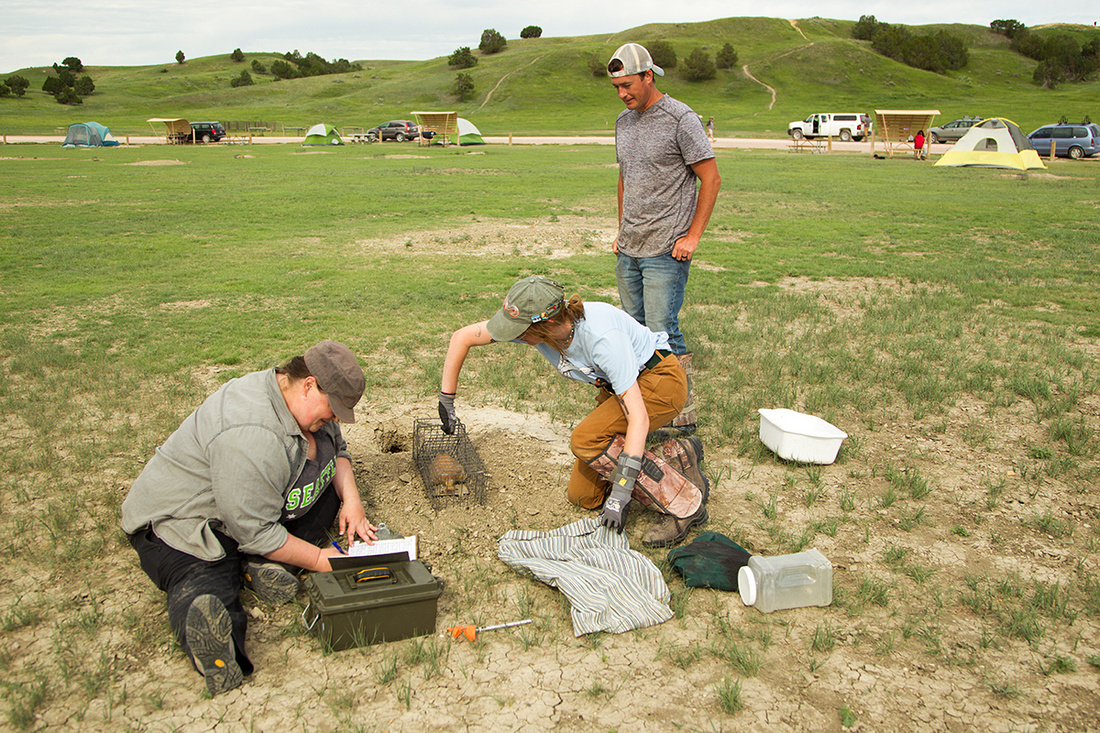 While at Badlands National Park this past June, I had the opportunity to insert myself into a black-tailed prairie dog study. I photographed one such team who were gathering information on the relationship of plagues and prairie dogs at a colony in the park. 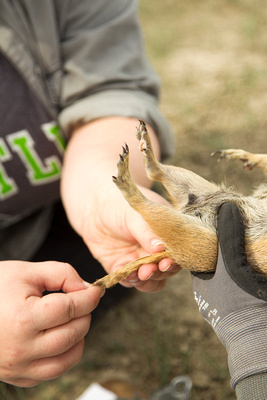 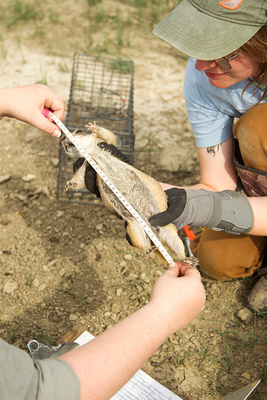 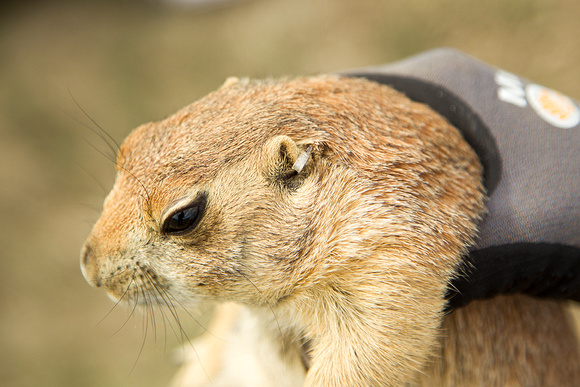 As you may or may not know, these resourceful rodents are a keystone species in the recovery of specific habitats across the western United States. They are prey for the endangered black-footed ferret, various raptors, furtive coyotes and the occasional bobcat. Abandoned burrows supply homes for species like the burrowing owl and rattlesnake. Overall, they can alert experts to the health our grasslands. 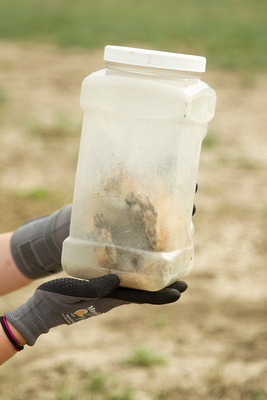 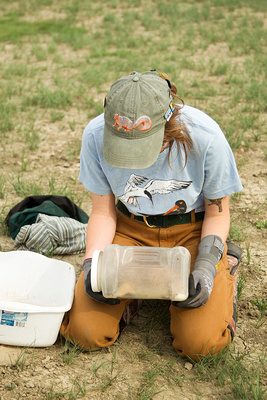 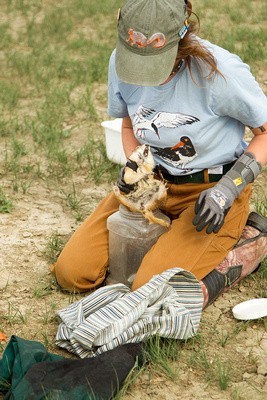 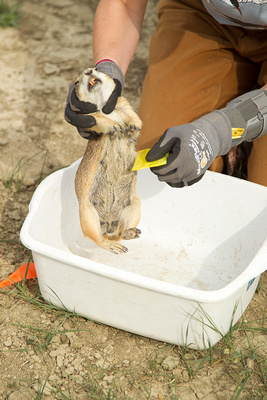 Prairie dogs have many postures and an extensive vocabulary which they use to alert the colony when a predator is near.  Colonies, or towns, consist of a family group and are technically called coteries. An adult male and 3-4 adult females make up a group and protect their territory from predators including prairie dogs from other coteries. This has been the norm for centuries when bison roamed the plains. 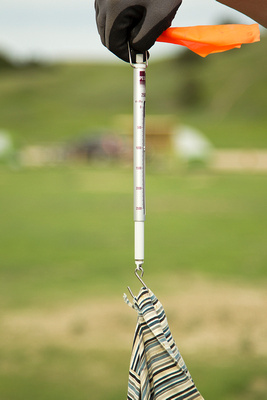 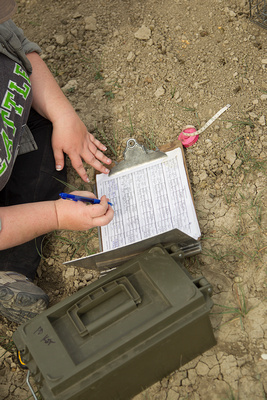 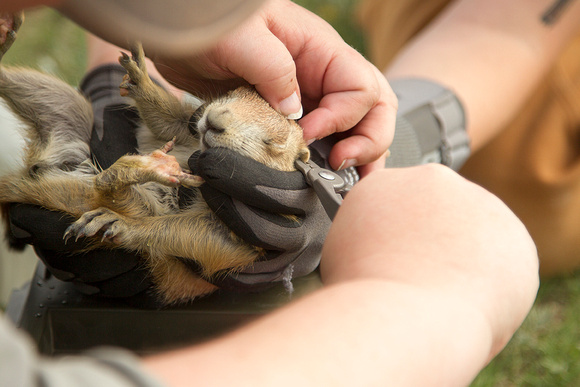 "Weight and measurements are carefully recorded and ear tags are added to both ears"      © Sandy Zelasko, InvestInNature.org

But there are different points of view on the subject of prairie dogs. Most ranchers despise them. Burrows pose a threat to their cattle who may randomly step into a hole and break a leg. In the past (and to some extent today), prairie dog habitats were destroyed to make room for more cattle. The conversion of rangeland to cropland is another devastating blow to prairie dog towns and the ecology of the Great Plains. 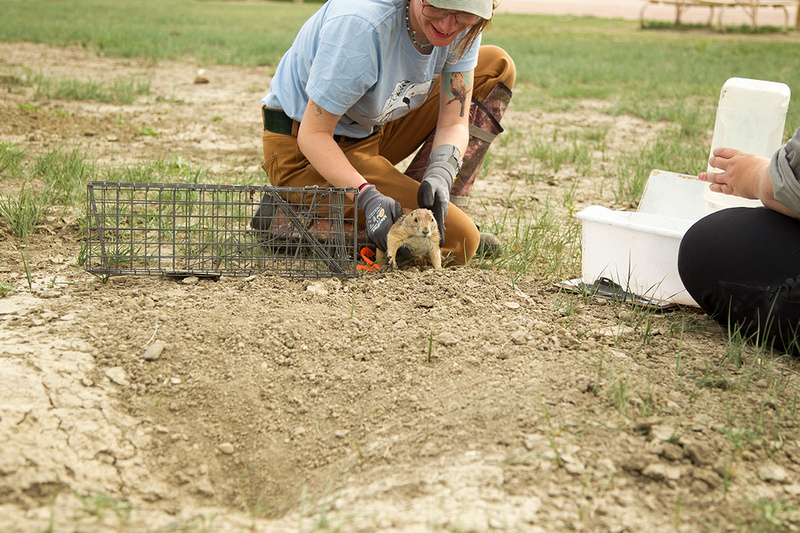 Today, dedicated parties are trying to bridge the gap by securing open spaces, educating farmers to restore prairies and giving wildlife a chance once again to call these places home. Even though I don’t know the outcome of the plague study, I rest knowing that a team of researchers are working hard to determine answers and suggest appropriate actions to keep prairie dogs safe in their habitats for future generations.